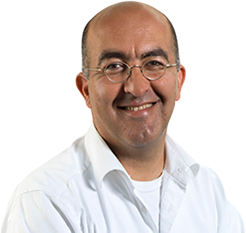 In my research I aim for a synthesis of classical poetry, politics and religion, particularly Islamic mysticism in a modern context. Over the past few years, I have shifted my attention from the classical period to the modern period, in particular the ways in which classical themes and mystico-philosophical ideals were maintained in a modern political context. I have translated five volumes of modern poetry, two volumes on Sohrab Sepehri, one volume on Forugh Farrokhzad, one volume on Mohammad-Reza Shafi'i Kadkani, and together with Professor Hans de Bruijn we have published three volumes on Ahmad Shamlu, Nader Naderpur and Houshang Ebtehaj.

I have edited ten books on very different subjects from manuscript traditions to literary reception theory to the changing pictures of the ‘others' (enemy). In addition to these books, I have written six monographs, three of which explicitly address Islamic mysticism. My monograph on the classical epic poem Nezami of Ganja's Layli and Majnun is the first comprehensive analysis of the most famous romance in the Islamic world (usually compared to Romeo and Juliet) dealing with love, madness, poetry and asceticism. My second book, The Mirror of Meanings, examines the symbolic significance of the terminology used by Islamic mystics from the twelfth century onwards. My most recent monograph also addresses Islamic mysticism. It is an analytical overview of Islamic mysticism in Dutch, Soefims: een levende traditie. In another monograph entitled Courtly Riddles I address the structure and meaning of Persian literary riddles, requiring also the study of stylistic development, ekphrasis and ‘descriptive' poetry (vasf). In Mirror of Dew, I introduce one of Persia's female poets Ālam-Tāj Zhāle Qā'em-Maqāmi. Another book (co-authored with Sen McGlinn) is One Word, which introduces European political philosophy. The author believes that the succes of European societies is just 'one word,' (qānun) or codified law. This treatise dates from 1871. In 2015, the edited volume eleven of A History of Persian Literature Project (Columbia University) which treats Persian literature between 1900-1940 was published. In 2017, a new book (together with S. McGlinn) entitled The True Dream: Indictment of the Shiite Clerics of Isfahan, will appear at Routledge, Iranian Studies series. This book is a translation of a satirical drama set in Isfahan in the lead up to Iran’s Constitutional Revolution of 1905-1911. Although its three authors hail from the clerical class, they criticize the arrogance, corruption and secularity of the Iranian ruling dynasty and clergy, taking Isfahan as their example.

On Persian prose, I co-authored and published the translation of Women without Men by Shahrnush Parsipur. Hushang Golshiri's Prins Ehtedjab en andere Iraanse verhalen is a translation of several famous short stories and novella which was translated by several colleagues and myself. 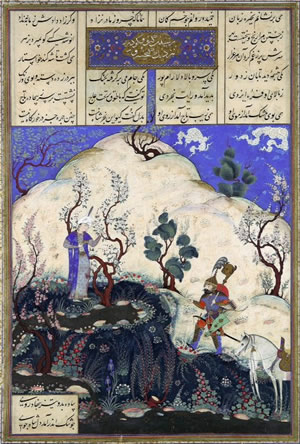